Siloam Springs, Arkansas incorporated as a town in 1881. The Fire Department was not officially established in the city ordinances until 1892.  An insurance map from 1897 on file with the Siloam Springs Museum references a fire department on the creek downtown, which included 20 men, a hose reel, and a hook & ladder truck. The fire station was close to the current location of Fire Station 2, and its building also housed city offices, the jail, library, and the hospital. 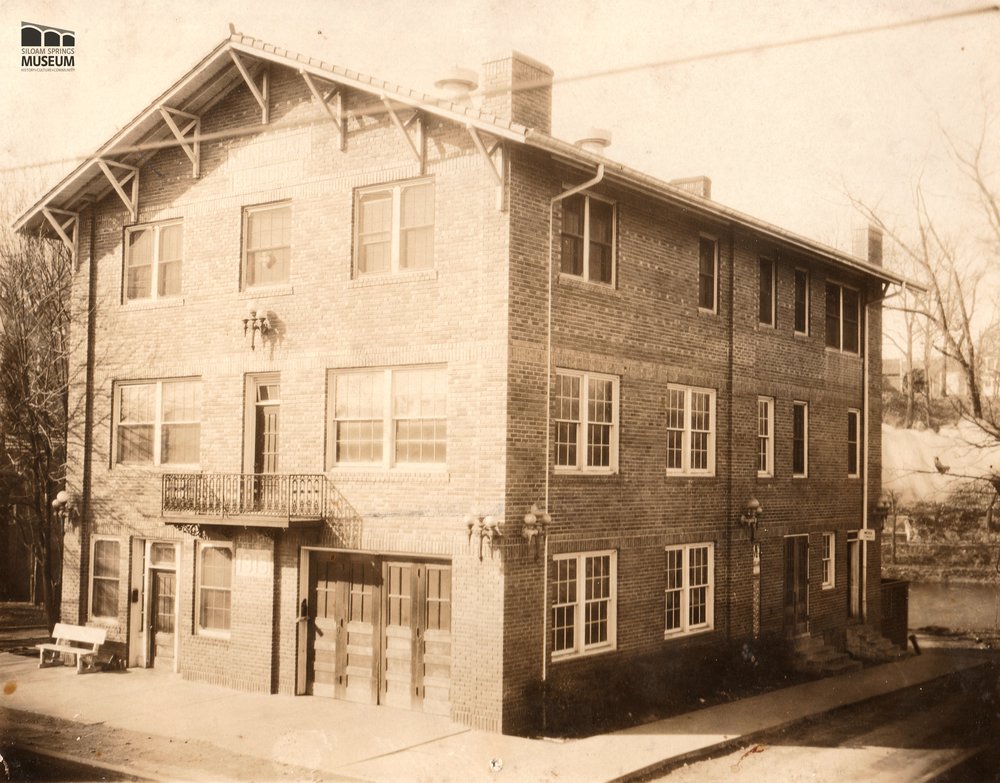 In 1921, the city purchased its first motorized fire truck, a 1921 American LaFrance.

An article about the rig can be found here: 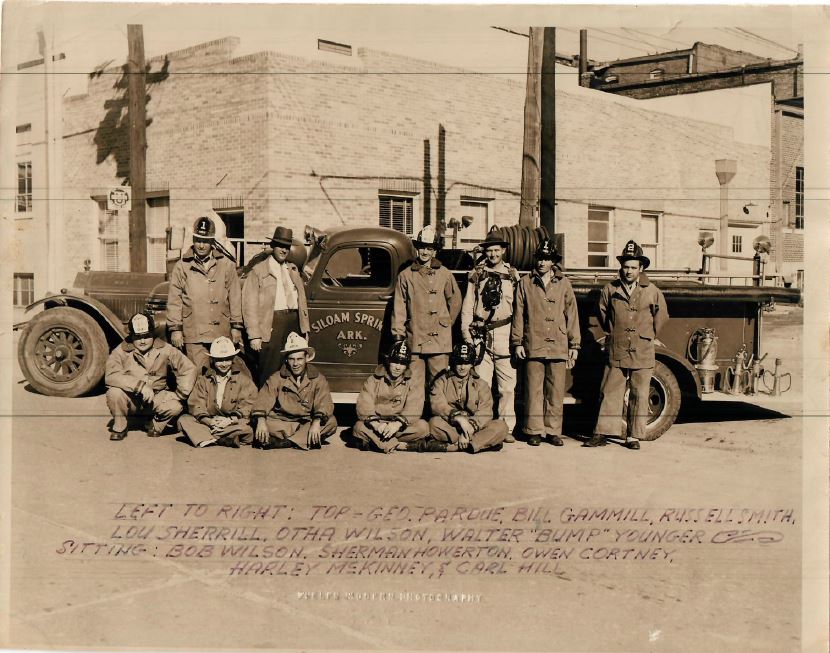 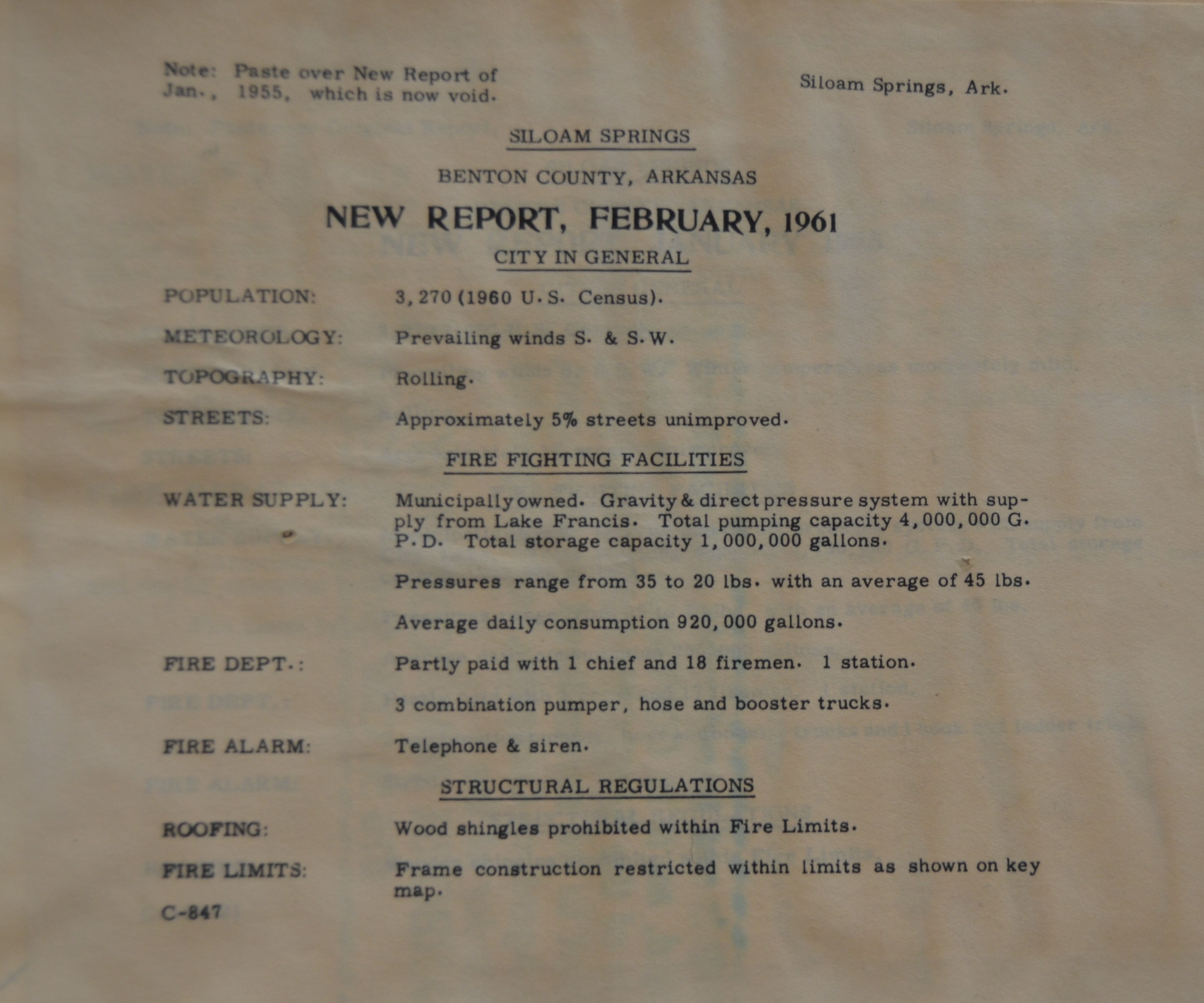 The Siloam Springs Fire Department (SSFD) remained a full volunteer department until 1967, when, due to the collapse of the local ambulance agency, the SSFD took on the ambulance service for the city and unincorporated areas of Benton County. A new Headquarters Fire Station opened in 1967 at 100 Mount Olive. In 2001 the new Headquarters Fire Station opened on Cheri Whitlock, and the downtown station was redesignated as Station 2. This station was completely renovated in 2019. 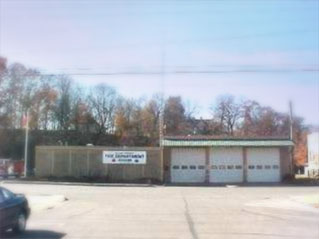 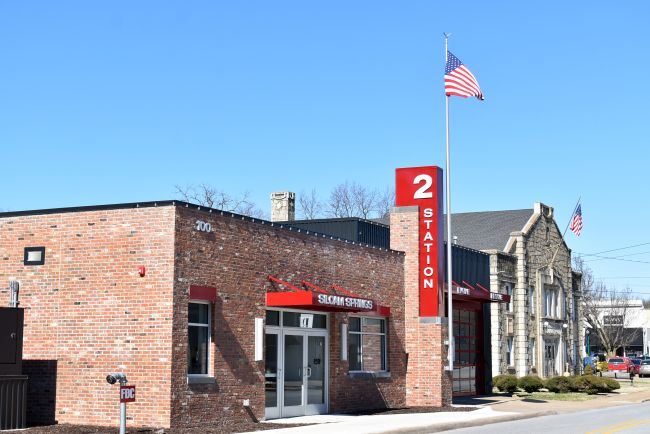 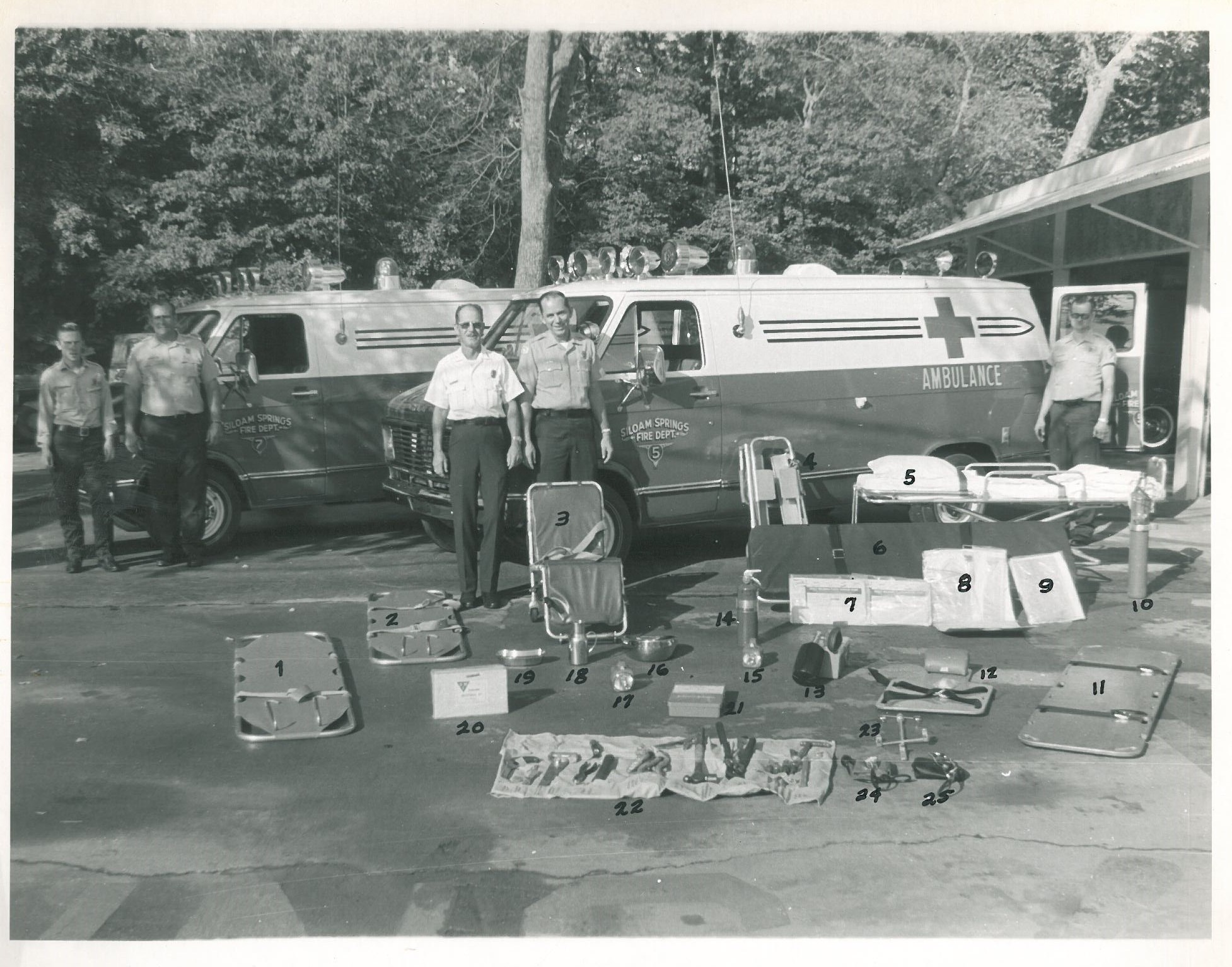 As the population grew, the SSFD continued to add career staff in order to meet fire and emergency medical response and transport needs of the community. 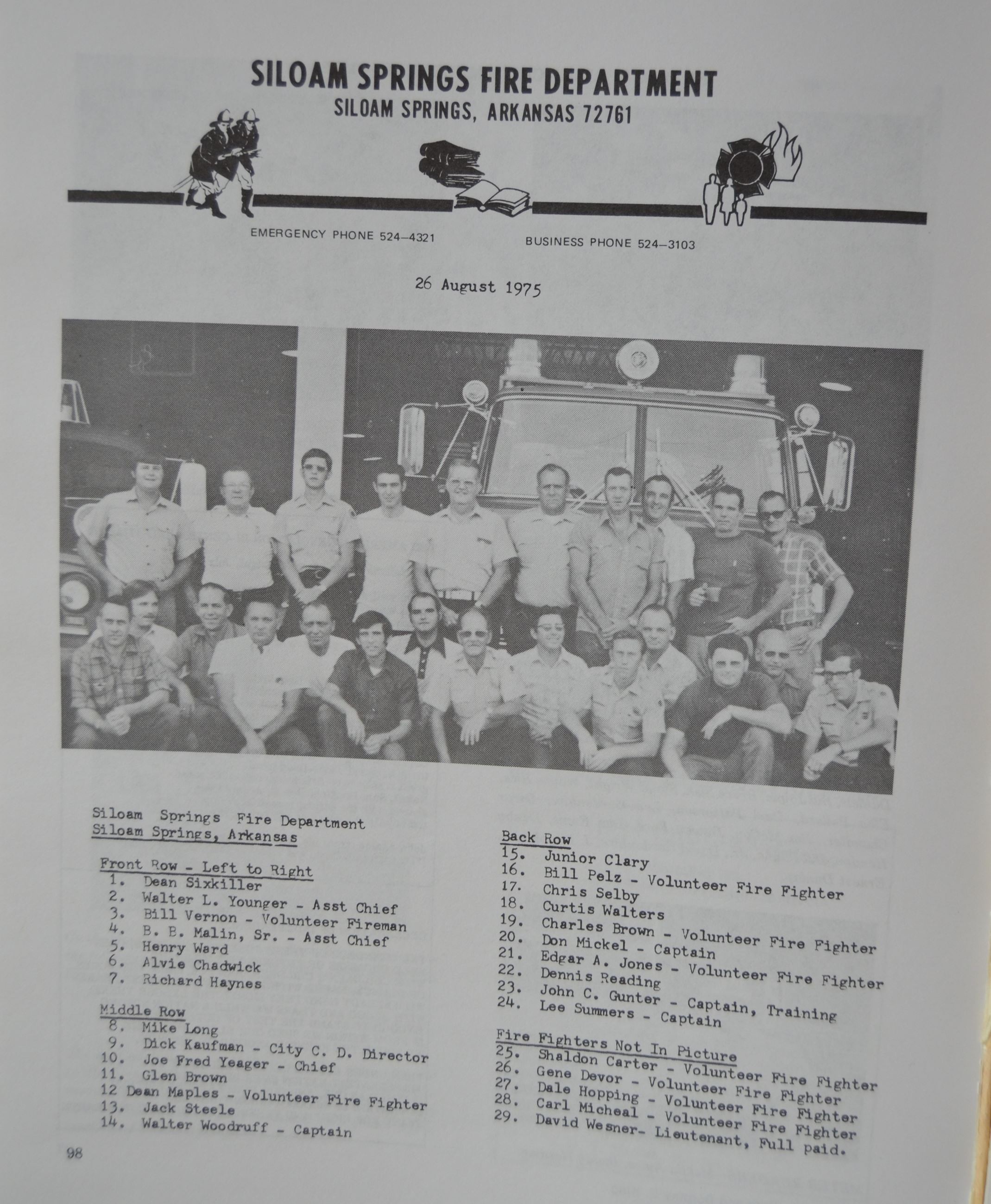 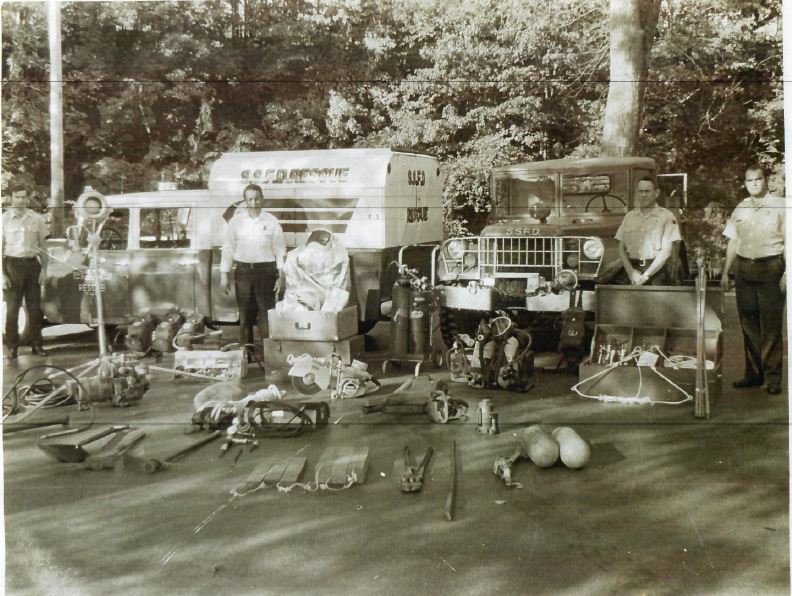 SSFD Rescue Truck and equipment in 1975. Note that extrication equipment did not include "the Jaws of Life" yet.

The second fire station opened in the early 1970s on Arkansas 59 south of Highway 412. It was Station 2 until the construction of the new Headquarters on Cheri Whitlock, when it was redesignated to Station 3. The fire station was relocated in 2014 to 1511 Southpointe due to the need for larger and improved living quarters. The old fire station is still in use by the City for the storage of maintenance equipment. 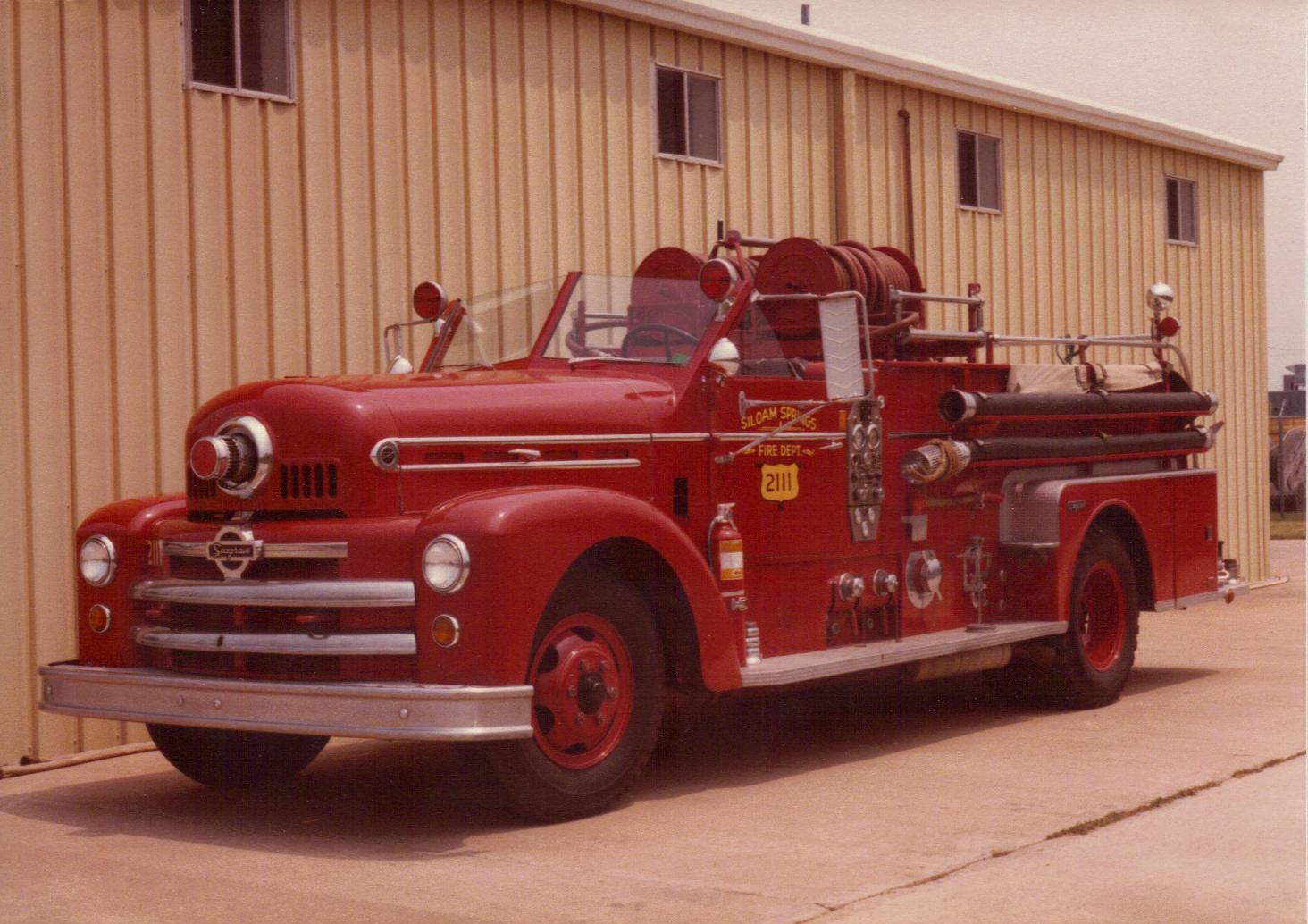 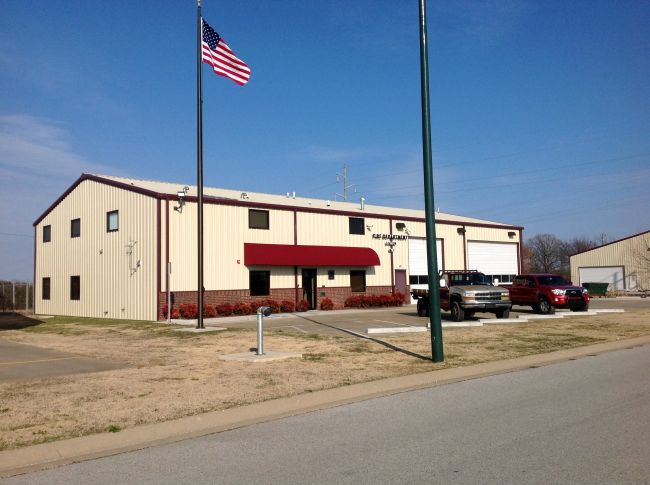 In 2017, the Fire Department welcomed several new apparatus. Ladder 1, Engine 2, and Engine 3 were all replaced by new rigs built by E-One. Battalion 1 was also replaced with a 2017 Chevrolet Tahoe, and a traditional "push-in" ceremony was held at Fire Station 1. This ceremony dates from the earliest days of the American fire service, when the hose wagons and ladder trucks were drawn by men and horses, and had to be pushed back into the fire station.

2017 also brought the 50th anniversary of the Siloam Springs Fire Department’s Emergency Medical Services program. The Department established an EMS bike team and purchased a utility vehicle to respond to the various parks and trails throughout its response area. Several members of the Department have completed training and have provided EMS standby coverage for the various bike races and events that occur in the city. 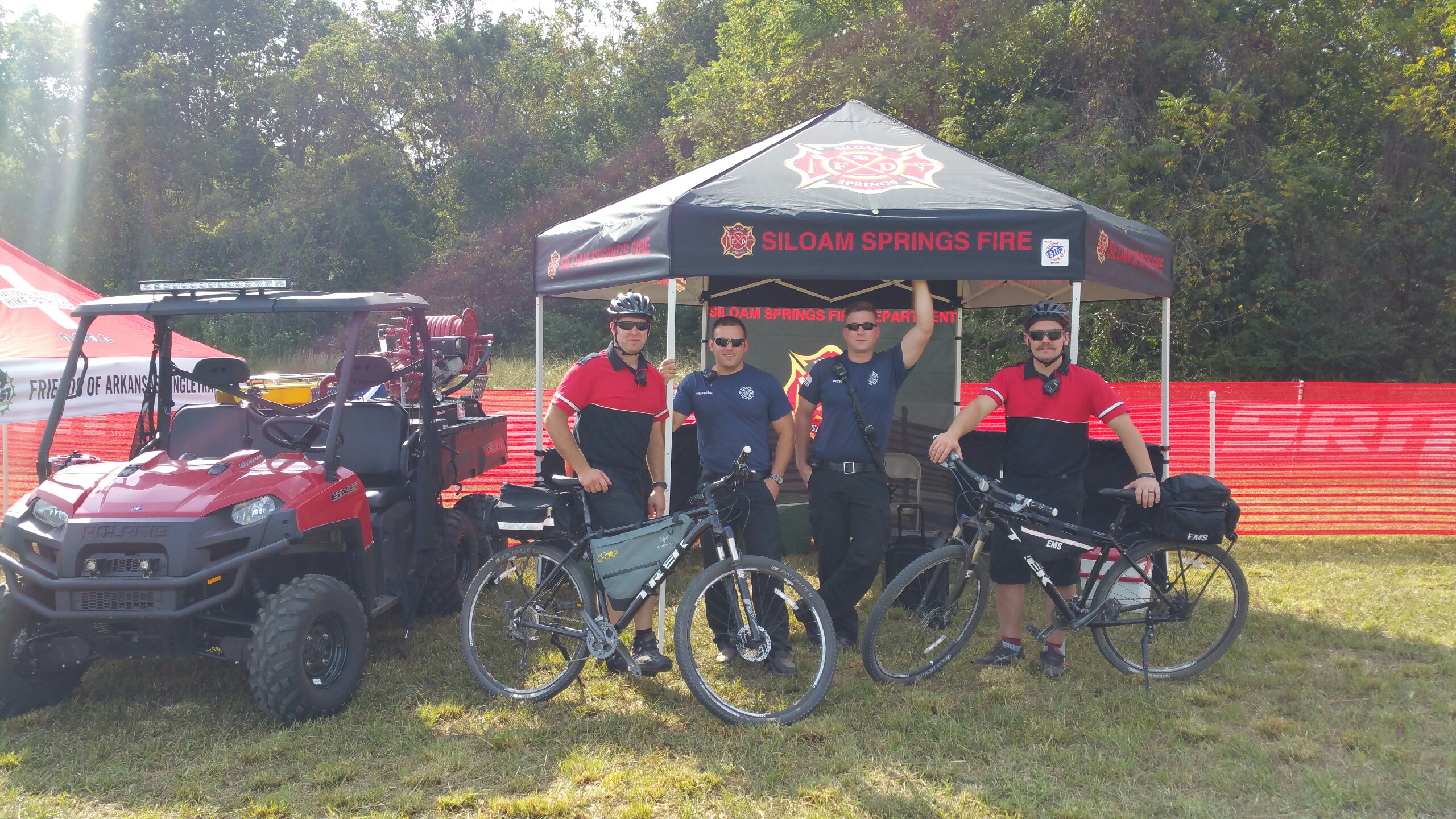 The Siloam Springs Fire Department currently operates three full-time staffed fire stations to provide an all-hazards emergency response to the City of Siloam Springs and a large contracted response area. The SSFD has an ISO (Insurance Services Office) rating of 3 within our City proper and 3Y in our rural response areas. Collectively, we serve an area of approximately 50 square miles in Northwest Arkansas and Northeast Oklahoma. The department provides the following services: